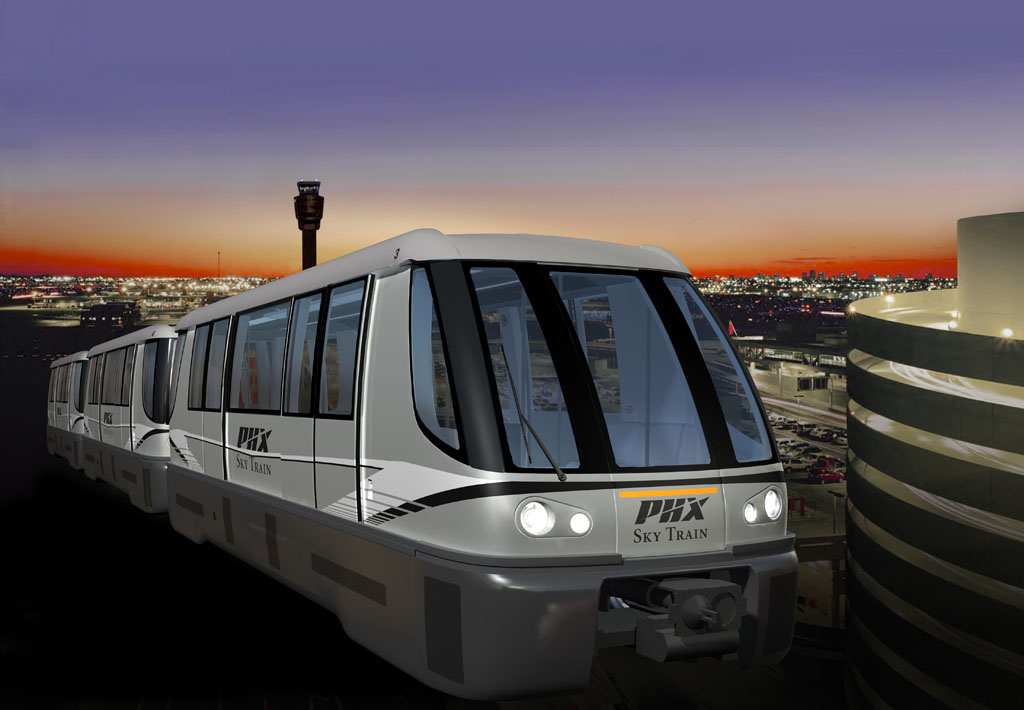 Orascom Construction Limited (NASDAQ Dubai: OC; EGX: ORAS) announces that The Weitz Company, a wholly owned subsidiary, has been selected by rail technology leader Bombardier Transportation as the design-build contractor for the Stage 2 extension to the PHX Sky Train® guideway and maintenance facility at Phoenix Sky Harbor International Airport in Arizona. This new project capitalizes on the previous joint success of the Bombardier-Weitz team that constructed the existing guideway system (Stage 1 and 1A) at Arizona’s largest airport.

The scope of work associated with Stage 2 covers a 2.5-mile extension to the airport’s Rental Car Center, two new stations and an expansion of the system’s maintenance facility to accommodate Stage 2 operations and train maintenance. In addition, 24 cars will be added to the fleet along with upgrades to work completed during Stage 1.

The extension of the PHX Sky Train will provide airport passengers with more reliable and efficient access between airport facilities and the Rental Car Center in addition to reducing airport roadway congestion.

Weitz first teamed with Bombardier during the construction of Stage 1 and 1A of the PHX Sky Train, which included 3.2-miles of dual lane guideway with multiple stops as well as the maintenance facility. The Weitz project team invested in learning and understanding the complex train system, allowing Bombardier to achieve high results on Stage 1 in which it has achieved 99.5 percent availability each year since the system first opened in 2013.

Design of Stage 2 began in April and will continue through February 2019 when construction is scheduled to start. Stage 2 will open in 2022.

Osama Bishai, CEO of Orascom Construction, commented, “We are pleased that Weitz is creating repeat business with existing partners such as Bombardier, which is also collaborating with Orascom in Egypt. We are also excited that Weitz is successfully expanding its footprint in the transportation and infrastructure sectors across its markets.”